KDE on the Raspberry Pi

As you may know, there is no Kubuntu for Raspberry, due to the incompatibility of Kubuntu ARM version with the little computer. I wanted to create an image for raspberry most similar as possible to Kubuntu, so I basically took the original Debian release and add some packages to have the entire Plasma Desktop. The result is quite nice, I think, and the system itself uses about 100-110 MB of the total RAM (there is also some swap on the card image). It's also quite speddy: the only problem could be that when you launch a new program, for some seconds the CPU load is 100%. You just need to wait a little and then eveything returns fine. The image can be downloaded from this link:
http://www.zorbaproject.org/raspberry/debian-raspberry-kde.img
and you can dd it on a 4GB SD card with the command:
dd bs=1M if=~/debian-raspberry-kde.img of=/dev/sdd
if your SD card is /dev/sdd, obiously.

Just a note: the username is "pi" and the password is "raspberry".

Have fun hacking with Raspberry and KDE. 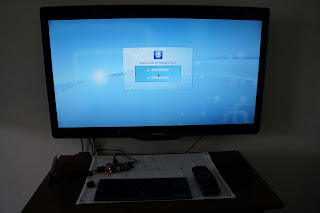 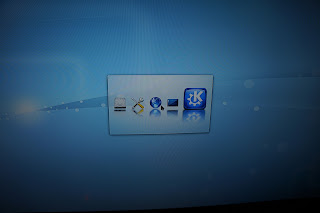 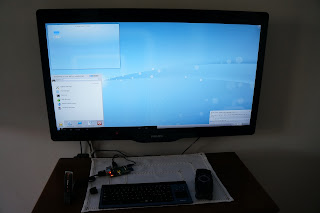 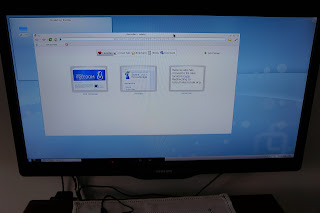 I decided to shot photos with a camera, because it shows that there is no "trick" and what you are seeing is really KDE on a RaspberryPi.
If you want to look at other shots, here they are: https://picasaweb.google.com/109718345247929494628/KDEOnRaspberryPi
Pubblicato da LucaTringali a 2:36 PM