Kubuntu should not use KDE only software (or should it?)

The last week, on the kubuntu-devel mailing list, we discussed the idea to distribute Kubuntu not only with the traditional CD, but also in a DVD containing all the software the user can need. Ok, codecs could have licence problems, but there are some interesting Dolphin service menu, some plasmoids, and software like the wonderful Kdenlive that could be included without troubles... It has also been proposed to release the system directly with Firefox installed. The proposal came from Felix Geyger, and immediately many people said it's a good idea (me too). Other developers, anyway, didn't liked it. Some of them said that Kubuntu must deliver only KDE software.

I decided to publish here, in serial form, the translation of an article I wrote for GNU/Linux Magazine Italy some months ago. Please take note that this post, as all the content of this blog, is released under Creative Commons Attribution 3.0 There will be 4 parts, dedicated to RKWard, Maxima, Kile, and Avogadro+Kalzium. Ok, let's start...


The work of the researcher has changed a lot in the last years, and it's still changing: we heavily use computers. If some time ago we used to draw plot by hand, now we use computer programs, articles and reports were written with a writing machine, and now they are written and shared digitally (for example in PDF). The biggest calculations are made by computers, not by humans. This means that a lot of computer tools are needed, and everybody knows that their price is not always low.

Ok, this is the third part of the serie about doing scientific research with GNU/Linux, and we are gonna talk about Latex (not the material.... ok, stop laughing now). 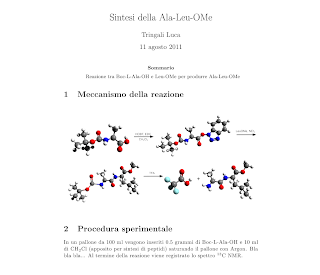 Reports? Use Latex
Website: http://kile.sourceforge.net/
What is Latex (http://en.wikipedia.org/wiki/LaTeX)? It's a metalanguage, like html, and helps us to paginate our documents. Basically, we say to Latex what we want to write, wich images or tables should be inserted into the document, and it will prepare the layout automatically, using common sense. Since an example is better than a thousand words, let's see one immediately.

So this is the "second episode" of my article about Free Open Source tools for doing research, and we are going to talk about Maxima. It's just a collection of the main commands you will use. 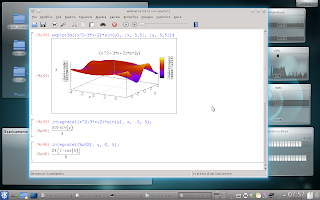 Maxima
Website: http://maxima.sourceforge.net/
Maxima is a program similar to the more famous Derive. Really, Maxima is a CLI (Command Line Interface) application, but we can use wxMaxima: this is a GUI (Graphic User Interface) that makes the use of Maxima and its language very easy. 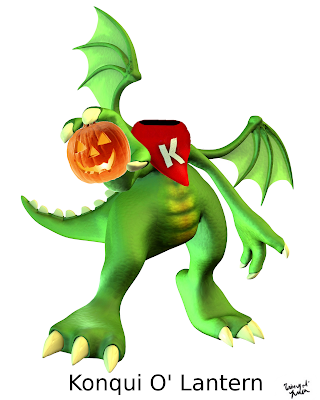 Pubblicato da LucaTringali a 8:52 AM 2 commenti

Qt moved to Open Governance: what do you want to do, Brain?

A wonderful news arrived just today: finally, the Qt toolkit has moved to an open governance model. This is a very important news for KDE, since it will (hopefully) mean that Qt will always be free software, indipendent from the businesses of a single company, and driven only by the community's heart.

So, as you all should know, Nokia decided to provide its smartphones with Windows Phone, giving to Microsoft the opportunity to enter in the mobile devices business from the main door (and killing Meego).
While reading this news I thought about the future for those devices, and I drew a cartoon: 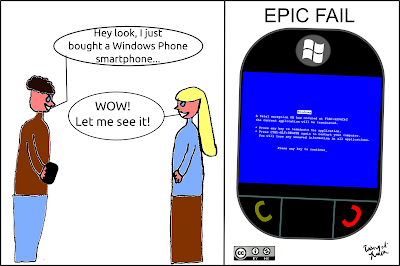 Wouldn't it be very funny to see the Blue Screen of Death on smartphones too?

A gift for KDE's 15th birthday: Stibium, the desktop on the cloud

When it's a person's birthday, we use to give her/him a present. Since KDE is not a person, but a great number of people, to celebrate the KDE's 15th "birthday" is needed a big gift, so that's why I'm releasing the code of Stibium, in alpha status under GPL2. Actually the code has been written very quickly, so it's not elegant (and obioulsy many things does not work), I just wanted to prepare a working draft to show better my idea of  "a web application working like a desktop environment". This thing could be our future. Or it could not. "Sentence waits posterity" may I say. But it's now important to do the first step: to explain the idea.

But what is Stibium?
Stibium is a web application that provides an interface similar to a traditional desktop environment (it imitates KDE) but uses a cloud service to store your files. It can be seen as a desktop environment to manage your files on the cloud. It won't depend from a particular cloud service: we will try to support every cloud that provides APIs. Actually only UbuntuOne works, but I'm working to support also Dropbox, ownCloud, and Google Docs.

Happy Birthday, KDE. And thank you.

Today, KDE turns 15 years old. Many people already wrote something about this event, about the wonderful community, and all the great improvements KDE has given to the world of computing. So I just wanted to say something more personal. I'm quite a new user: joined KDE when the fourth version was released. At that time, the version of Kool Desktop Environment was not really stable, but I loved the idea of Plasma. I still remember that, when I discovered Plasma Desktop, I thought "this is the future". So I threw away Windows Vista and installed Kubuntu. And then I started to learn Qt/KDE libs programming.

For these reasons, I don't simply want to say "happy birthday", but also thank you. Thank you KDE, for everything you represent: from the freedom of computing to innovation and collaboration between people of different cultures.

The news that Steve Jobs has died reached all the world some days ago. Richard Stallman declared, on his blog:
"Nobody deserves to have to die - not Jobs, not Mr. Bill, not even people guilty of bigger evils than theirs. But we all deserve the end of Jobs' malign influence on people's computing.Unfortunately, that influence continues despite his absence. We can only hope his successors, as they attempt to carry on his legacy, will be less effective."
Immediately, some people complained, saying that it's orrible to speak this way about a dead person.
Personally, I think Stallman is doing right. In fact, also if a person's death is always a bad news, we can't forget what this person did. I hate that hypocritical practice to make someone saint just because it's dead. For me, you can't complain about a person while it's alive, and start saying it was the most beautiful human in the world after its death.
For this reason I think Stallman is absolutely right: he has always pointed out that Stave Jobs and Apple were the main oppositors to software freedom, and there is no reason to change idea now.
And please, stop saying Jobs was a genius: he was a great business man, that was able to understand the weaknesses of the "public" and exploit them to sell things. But he was not a brilliant hacker: the AppleII has been built by Steve Wozniak, and the GUI of MacOS has been bought from the Xerox guys.

Apple has been one of the most dangerous companies for the freedom of users. Neither Microsoft have had such a bad behavior.
I usually say that Apple is the "black widow" of free software: they copied everything they could take (don't forget that tecnically MacOSX is a GNU/Linux distribution) and then they try to kill other Free Open Source project that could compete with them (Apple continuously tries to suit Android project and there could be also some troubles with MeeGo).